A Roadhouse with History

Established in 1973, Patrick’s Roadhouse has a very unique and wonderful history. Being built from an abandoned red car passenger depot that had been shortly transformed into a hot dog stand was not what you could call ideal. Neither was painting the entire building a bright, mossy green. It was a stretch, but founder Bill Fischler knew what he was doing when he adorned his new restaurant in a flashy shamrock theme. Originally named Patrick’s Place, it soon became one of the hottest diners in Santa Monica. The eventual Roadhouse was quickly well known for its atmospheric 40's feel, delicious burgers and friendly staff. Also, how could you miss the place... It stuck out like a sore thumb!

Fischler could always be found right at the front, within an arm's reach of new customers, striking up cheery conversation. And on a good day, you could find the man of iron himself, actor Arnold Schwarzenegger, eating in the back of the restaurant.

Arnold was and still is a huge fixture of the establishment. One day when Arnold was eating at his usual table, his mother came into the restuarant and didn’t like what he was eating. She pushed everyone aside, went in the kitchen and yelled at them “ILL COOK!” She then made him a concoction called “Bauer Friihstiick”. This is German for “Farmers Breakfast.” This custom meal was so gargantuous and distinct that it was later renamed “The Governator” for easier pronunciation and put on the menu for all to order!

Another time, Arnold was sitting at his regular spot when suddenly, the chair broke from undernearth him! Schwarzenegger was so embarrassed and apologetic that he had an iron chair crafted for the restaurant. He carried it in himself, stating “This is my chair!” He even had a little plaque put on the chair that says “For The Man of Iron: The Terminator”. Customers are now free to sit in Arnold’s custom crafted chair at the back of the President's Table!

And don’t forget the Santa Monica Canyon, where Patrick’s Roadhouse acts somewhat like an anchor, nestled at the foot of it. Many characters have come through the canyon throughout history. Thomas Edison filmed the world’s first film on a train going through the tunnel at the beginning of the PCH. Wilt Chamberlain would play volleyball on the beach every day and come into the Roadhouse to cat. Albert Einstien would come down to the canyon just to do his thinking. Others that either lived in the canyon or visited include: Jim Morrison, William Randolph Hurst, George Gershwin, Charlie Chaplin, Leo Carrillo and Marlene Dietrich.

There's also history in the kitchen. Head chef Josesito has been at Patrick’s Roadhouse for some 30 years, making fantastic dishes day in and day out. He carries on the traditional recipes from the beginning of the Roadhouse. Josesito’s famous “Kick Arse” pico de gallo never fails to spice up a meal. Also, our famous Wanda Burger was created by the original Roadhouse chef, Wanda herself!

Even nowadays, the restaurant is still run by the Fischler family. Bill’s son Anthony has now taken hold of the reigns after his father’s passing and is doing a wonderful job of keeping the same friendly, old-timey feel running through the restaurant. But don’t think Bill, is gone for good. Folks say you can stil feel his comforting presence lingering around the Roadhouse, making sure customers are getting the best of service!

Today the place remains busy as ever, filled with locals, outoftowners and regulars that just can’t stop coming in for our timeless recipes. Whether it’s the patio with gorgeous beach weather or the dining room with mood-setting 40s music, our seats are always filled. 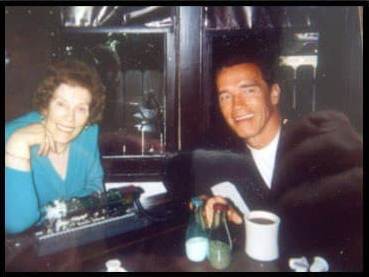